When Seppo Säynäjäkangas founded his company "Polar Electro Oy" in Finland in 1977, he was hardly aware that his invention would be the detonator of a small revolution: The first electronic wearable in the consumer sector was born. Säynäjäkangas conducted research at the University of Oulu to develop a mobile heart rate measurement device. The idea came to Säynäjäkangas when a cross-country skiing trainer told him that stationary heart rate measurement of athletes was not sufficient to systematically and specifically increase fitness. This must be measured and evaluated over the entire training period. A mobile device would be the solution.

The first Polar Trainer was born. A chunky device that only professional athletes or ambitious hobby athletes wore on their wrists. With a chest strap it was able to measure the heart rate wirelessly and save it as a time series. Even the first device could be connected to a PC to read and evaluate the measured values: a simple curve with a min and max line was drawn on the monitor. For the first time, it was possible to train specifically in everyday training so that the athlete completed his program in the optimal pulse range. From the simple Polar software developed the Polar training platform, which cumulates data of all trainings, warns if the load is too high or too low, when a training is recommended and in which intensity and much more. The first platform to systematically analyze athletes' time series data and make recommendations on how to achieve training progress.

Today, the training data of many millions of Polar users converge in the "FlowSynch" cloud. A fantastic data pool of time series that Polar Electro Oy can analyze to develop the platform into a virtual trainer.

The chest strap of the Polar Trainer was the first electronic sensor of a consumer wearable that also recorded time series and output them to PCs. Wearables before that time were mechanical, such as pedometers that counted simple steps. Especially noteworthy is the Wearable SOS Automatic Decompression from the early 1980s. A hybrid of mechanics and simple electronics, which calculated depending on diving depth and time, decompression stops and no decompression times, thus evaluating a time series of the diving process. So poor that there were numerous accidents and the device was more notorious than useful.

Today, even inexpensive wearables such as fitness tapes offer a wide range of sensors. Gyro sensors which in combination with an accelerometer can measure the movement in space, equipped with a GPS and proximity sensor not only relative but also absolute. Temperature sensors, piezoelectric aneroid barometers for height measurement, biometric sensors are already standard products as well.

Research is already interested in completely different sensors: membrane sensors, for example, permeable to salt crystals of human body sweat, which allow interesting health values to be determined for diabetics, among others, or sensors that can measure blood pressure. Google is experimenting with "Google Glass", Apple wants to use novel diodes to make sensors on the wrist seeing deeper into the blood. The big problem with all these approaches: The golden reading can be found in the upper left arm. Worth mentioning is also the sensor launched by "Plume Labs SAS" to measure the air quality. As big as a USB stick, worn on a jacket, backpack etc., it analyses the air quality and makes the analysis data available via an app ("Air Quality by Plume Labs") on a crowdfunding platform in real time. 150 cities are already mapped in this way. A small laser beam provides the data to analyze the air quality.

In 2019, approximately 172 million wearables were sold worldwide. In the year 2023 it will already be 302 mio.*) Apple currently has a market share of 26% worldwide. Soon a tenth of humanity will produce data with wearables. Measurements are taken in different time grids depending on the sensor in combination with the capacity of the available energy source. High-quality wearables measure the heart rate in a 4 to 5 second grid, for example. Gigantic amounts of data are created in the consumer wearables sector only.

A rapidly growing market and a still existing potential for R&D is emerging. Provided there's something to be done with this data. Each wearable provider provides its own ecosystem to the user, whether Garmin, Fitbit, Apple, Polar, Suunto or all the others. For example, they offer the user the possibility to evaluate his personal data in the sports area, to analyse time series, to share data, to compare with other athletes, to find virtual training partners, to exchange training programs, to find like-minded training partners in the surrounding area and much more.

The first companies to recognize the commercial value of this valuable healthcare data were Apple and Polar Electronics. The anonymized data of all users are a gift for research medicine. Morgan Stanley analysts estimate the value of Apple's healthcare market opportunities to be $15-213 billion by 2027. IBM is currently struggling not to miss this opportunity.

The subject of collecting data has been a success, developing rapidly into the future. Now the challenge is to share data, to merge rasters synchronously from distributed sources. This is the only way to turn Wearable Big Data into added value.

Sensors for wearables have become an inexpensive mass product whose energy requirement is constantly decreasing with increasing energy density of the batteries used as well as miniaturization. At the same time, the resistance of the sensors increases and the washing machine also loses its horror for sensors. First used experimentally, sensors are now increasingly found in sportswear, shoe soles, glasses, boxing gloves and much more. The rapid technological development of sensors opens up a wide field of applications. The benefit for the individual from these Big Data Machines on the body will only arise when the sensor data are systematically linked. Much greater value can be created if anonymous data can be shared for analysis.

The most exciting topics in the area of Big Data from Wearables are currently to be found in the health sector. Millions of wearables log immense amounts of data every minute as time series. A gift for medical diagnostics. Many diseases are indicated by unsystematically occurring and very short anomalies. If a disease is suspected, in-patient measurements are usually carried out in the hospital to clarify this. If no doctor makes an early diagnosis, the diagnosis is usually only made in advanced clinical pictures, often much too late.

The Data Scientist Jordan Webster in a Data Incubator Capstone project, among others, devoted himself to this topic. With a small tech startup specializing in Health Wearables, Webster analyzed time series data of Parkinson's patients at different stages written by the Wearables. He was able to identify typical high-frequency acceleration movements in the arms and legs of patients at an early stage. Symptoms that those affected usually do not notice in the early stages of everyday life.

The identification of data patterns from wearables carrying a relevant random sample will take early diagnosis of creeping diseases to a whole new level.

Sound early indicators are known for a number of diseases, especially when they emanate from the heart. Short-term atrial fibrillation can lead to blood clots in the heart, followed by a stroke or heart attack. The problem, atrial fibrillation, is usually not recognized because it occurs briefly and without prior notice, often does not cause the patient any recognizable problems.

While the first Apple Watch with the diodes pulse measurement was more oriented towards fitness trackers, Apple has been using new sensors since version 4 of its Watch, which can also write and share electrocardiograms (ECG). The quality of the measured values corresponds to a 12-channel ECG performed by a doctor. Together with Stanford University and 400 thousand participants, a well-founded research project was carried out to test how exactly the Health App at Watch can detect atrial fibrillation in everyday use. The results were surprising: 98.3% of Apple Watch's warning that atrial fibrillation had occurred were correct.

Since the 4th generation Apple Watch, the Health App in the EU (CE approval) now also warns the wearer, if he wishes, of a potential atrial fibrillation. The data can be shared with the medical examiner. In these acute cases, the wearer can write high-precision ECG sinusoidal curves and share them with the doctor.

Gyrosensors, Accelerometers, GPS, Proximity Sensors and others that can be found not only on the wrist but also in jackets, shoe soles, boxing gloves and other wearables are currently taking areas such as ergonomics, medical rehabilitation or competitive sports to a new level. Movement studies that analyze activities in order to optimize processes. Boxing gloves, for example, which determine the punch with the greatest effect, depending on your physique and natural disposition. On the other hand, wearables that support the wearer in creating ergonomic motion sequences: Correct walking after a hip operation, avoidance of postural damage and much more.

Big Data from Wearables, one of the big technological topics of the future. Data becomes an increasingly important raw material, which is traded or also taken over by acquisitions. 2.1 billion dollars was just recently Alphabet Inc.'s acquisition value of Fitbit Inc. The hardware is irrelevant. How great the benefit will be from this constantly growing mountain of data depends on how successful it will be to turn data into value. The topic of HAKOM time series technology. 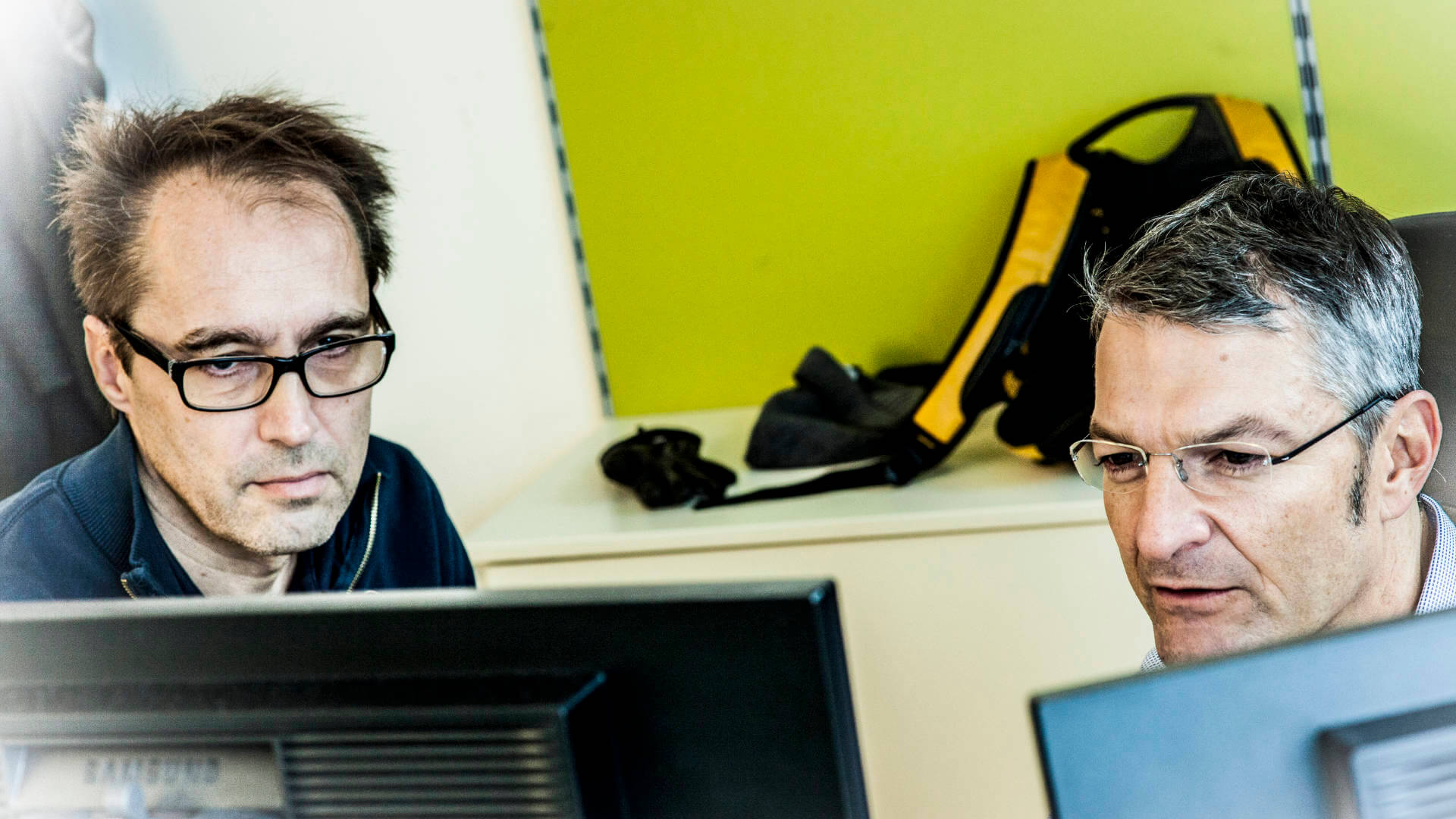 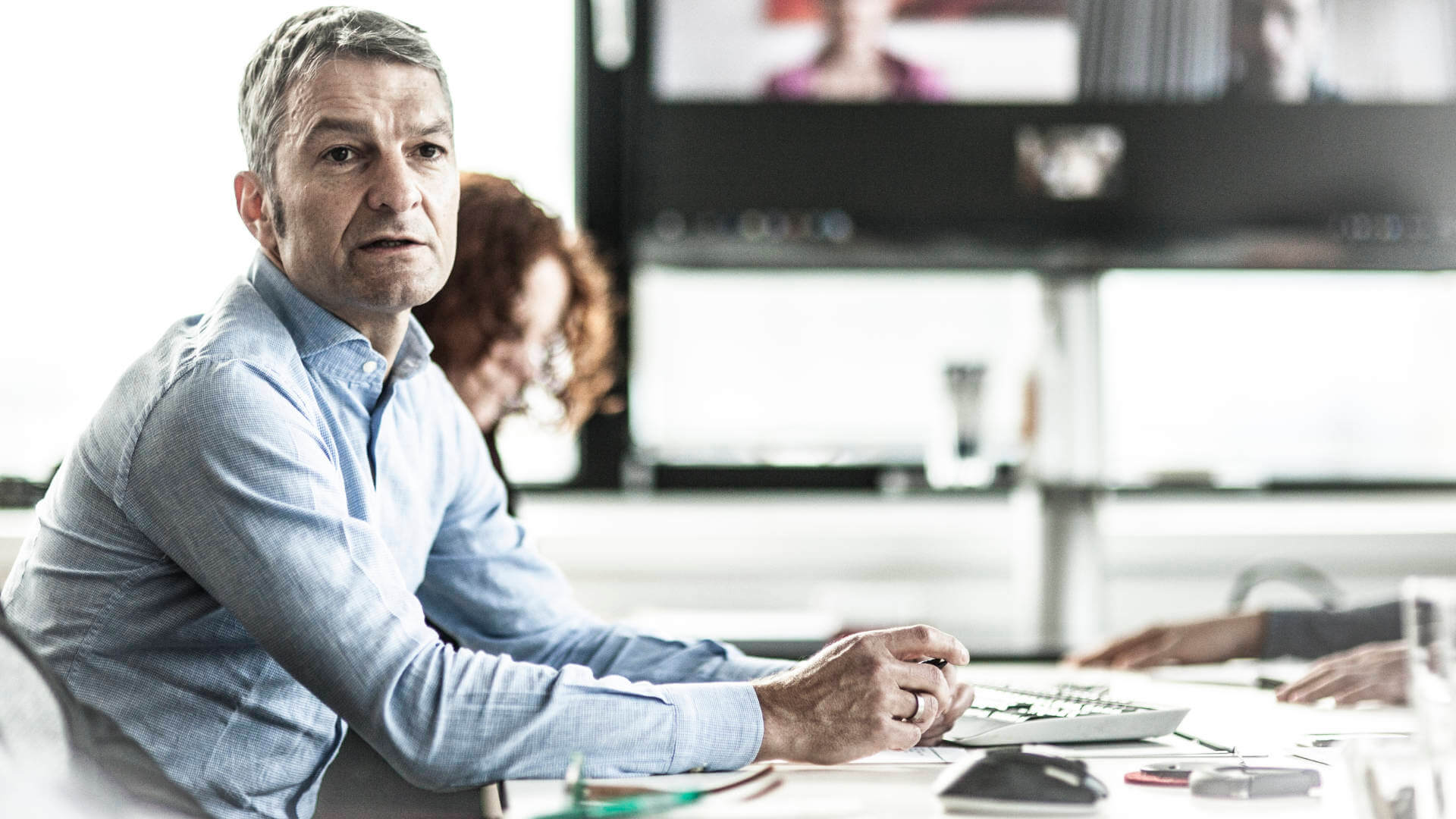 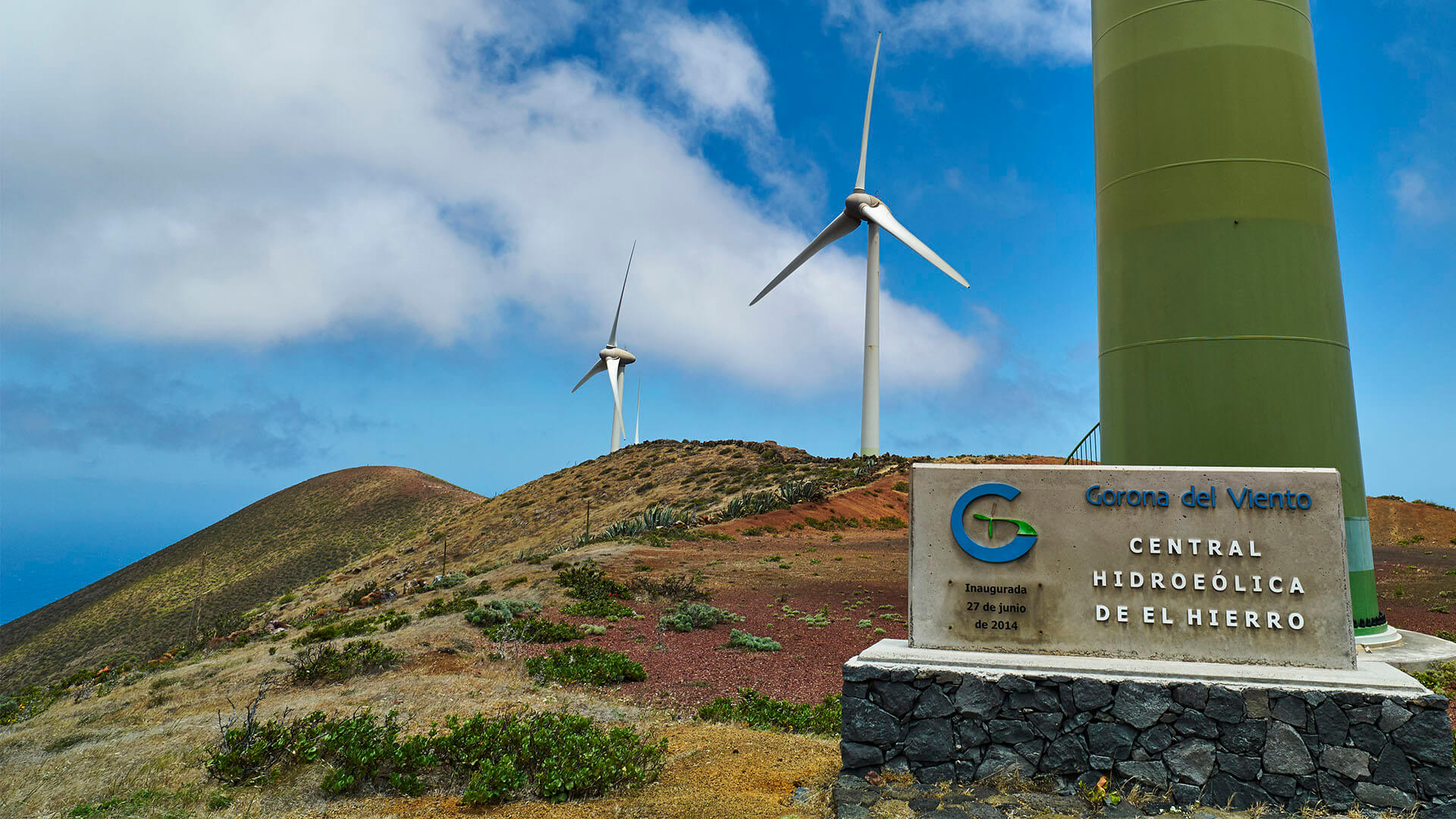 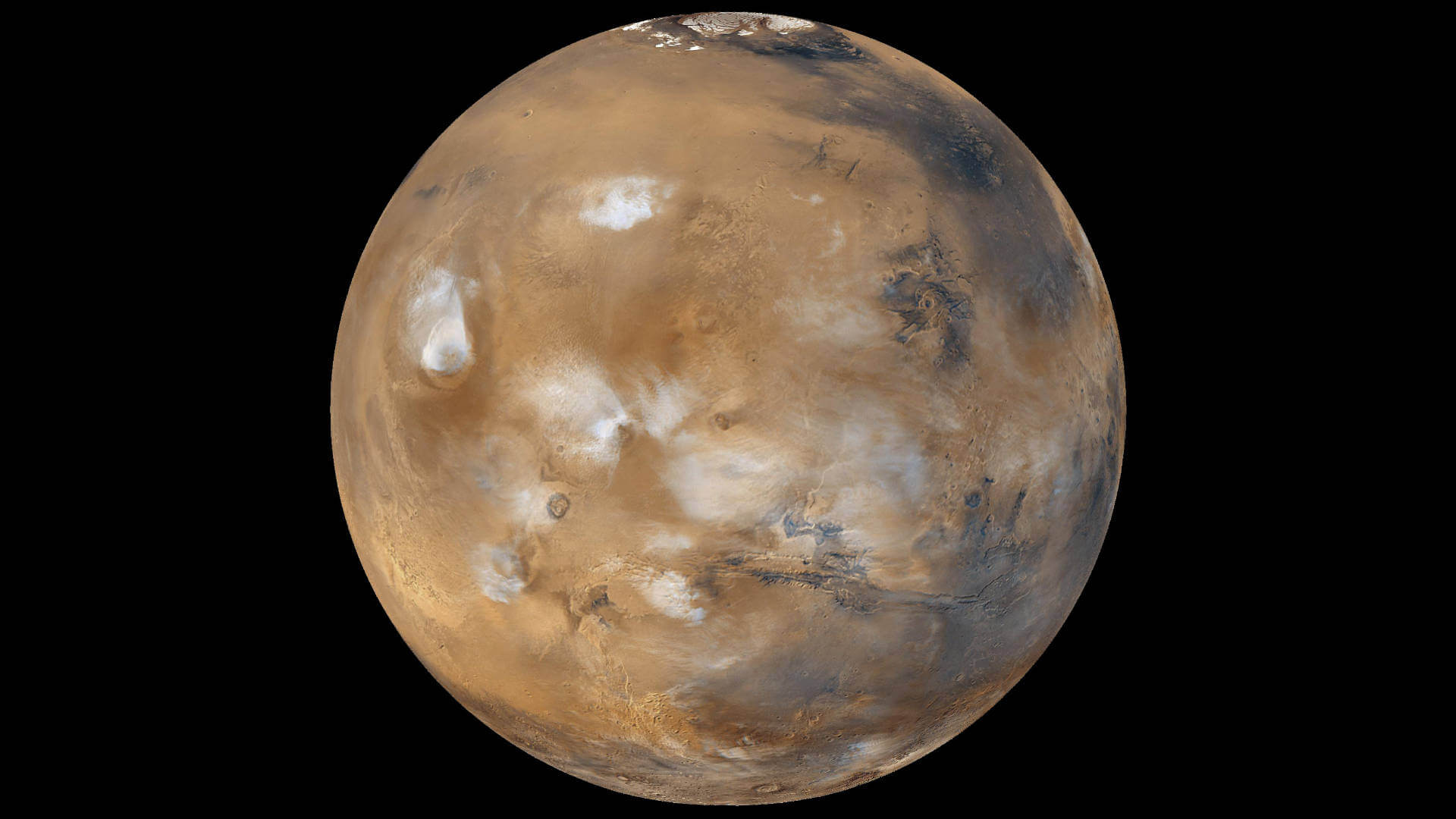